The Chittagong port has achieved a 5.1% increase in container handling in the fiscal year 2021-22 which ended on 30 June.

The port’s cargo handling saw nearly 4% growth and ship handling saw 4.2% growth despite the difficulties, such as a recent deadly fire at a private depot and the Russia-Ukraine ongoing war.

In the same period, the prime seaport of Bangladesh saw 4,231 vessels comprising container ships, bulk carriers, and oil tankers against 4,062 vessels in 2020-21.

“The growth trend is expected to continue this year, too,” said Omar Faruk, secretary and spokesperson for the Chittagong Port Authority (CPA).

Meantime, the port authority’s probe body has found mismanagement in handling/storing chemical-laden boxes behind the fire and blasts at the BM Container depot where 49 died and several hundred were injured.

In the probe report submitted to the port chairman last week, the committee said, the container depot kept chemical and other dangerous goods laden containers along with the apparel and other products laden boxes which resulted in fire and blast leading to the death of such a large number of people.

In the fire incident, the BM Container Depot authority found that 156 TEU of goods laden containers were burnt while 814 TEU were saved.

After the fire incident on 4 June, depot owners, shippers, and freight forwarders had been requesting the customs authority to take necessary measures so that goods laden boxes stuck at the depot can be shipped.

However, due to procedural requirements, the customs authority had to wait nearly a month to give permission to ship the boxes. The depot authority this week temporarily reopened the depot and started to release the stuck boxes which will be shipped by using other off docks.

Meantime, the Sri Lankan Ports Authority said it will grant priority berthing facility to feeder vessels to and from Chittagong port in its Jaya Container Terminal.

Some 40% of Bangladeshi shipments are being transshipped through Colombo which it now wants to raise further by offering various facilities. Bangladesh had been lobbying for the priority berthing for a long period.

The recent economic and political unrest in Sri Lanka, especially the severe shortage of foreign currency, has resulted in many mainline operators have been avoiding ports of the island nation. 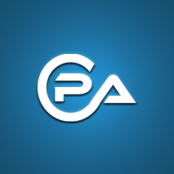